John Clifford, eldest of a family of seven children, was born on 16th October 1836 in the village of Sawley, near Long Eaton. His father, Samuel, worked at a warp machine in a local lace factory, and worshipped in the local Baptist church. His mother Mary was also a millhand, and the deep personal faith of both parents had a strong influence on the children.

When John was only 4 years old, the family moved to Beeston, where he began his education in the Wesleyan School in Chapel Street. From there they moved to Lenton and a Baptist school, and soon after back to Beeston and a period at the Baron Lane National School.

This brief period of schooling ended when he was 10 years of age, and he started work in the lace factory where his father worked. Long hours and hard work did not, however, prevent him from seeking further education, and he became known for his 'avid search for knowledge and truth'. 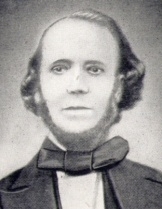 He became a Christian when aged 14, and was thrilled with the joy of his conversion experience. He was baptised as a believer in Jesus Christ seven months later in the Beeston Baptist Chapel in Nether Street, and continued to bear witness to his faith at every possible opportunity. He began to preach, delivering his first ever sermon in the Nether Street Baptist Chapel, and served as a lay preacher for two years before he offered himself for the Baptist ministry.

He trained for the ministry at the Midland Baptist Academy, Leicester. He was a keen student and won a number of prizes. During his third year as a student he received and accepted an invitation to become minister of Praed Street Baptist Church, Paddington, London. Within a short time the building had to be enlarged and they were compelled to move to larger premises a mile away in Westbourne Park, where he remained as pastor until his retirement in 1915. 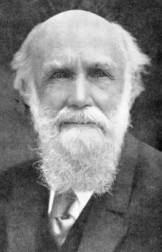 During his first seven years at the church he gained four degrees from the University of London, and became noted for his preaching, teaching, pastoral work and championing of the under-privileged, especially in education.

He was later to become president of the Baptist Union, and justifiably gained a reputation as an outstanding leader of the Baptist denomination worldwide.

Revd Dr John Clifford returned to Beeston in 1899 to be one of the main speakers at the opening ceremony of the new and larger chapel in Dovecote Lane, and in 1903 to re-open the renovated Nether Street chapel. The two churches joined together in 1936 (at the Dovecote Lane building) to form a single church, named after John Clifford.