Baptists have been meeting together in Beeston for over 200 years. Originally meeting in a barn in Chilwell, then a home in Beeston, these early Baptists formally founded a church in 1804. They met together in Middle Street and in 1806 moved to a new building in Nether Street. That building, though much altered, still stands and now serves as a day nursery. 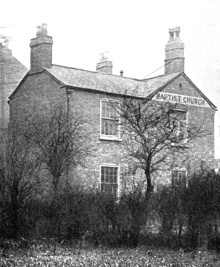 In the late 1890s members of the Nether Street Chapel began a new work on the current site. This new church was a 'Union' church (or as we would say today, a local ecumenical project) of Baptists and Congregationalists. This new church was founded in 1897 and the current building opened in 1899. One of the main speakers at the opening ceremony of the new building was Dr John Clifford, a local Baptist who had become a prominent figure in national Baptist life.

For nearly forty years Beeston then had two Baptist churches but in 1936 the two churches reunited as 'The John Clifford Memorial Baptist Church' (the word 'Memorial' was later dropped).

Today we thank God for his continuing blessing through so many years and changing circumstances. We are proud to walk in the footsteps of our forebears and, like them, we continue to seek God's will and to make the Gospel of Jesus Christ relevant to the local community as well as supporting and encouraging those who take that same Gospel to the ends of the earth. 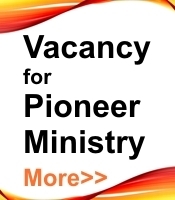